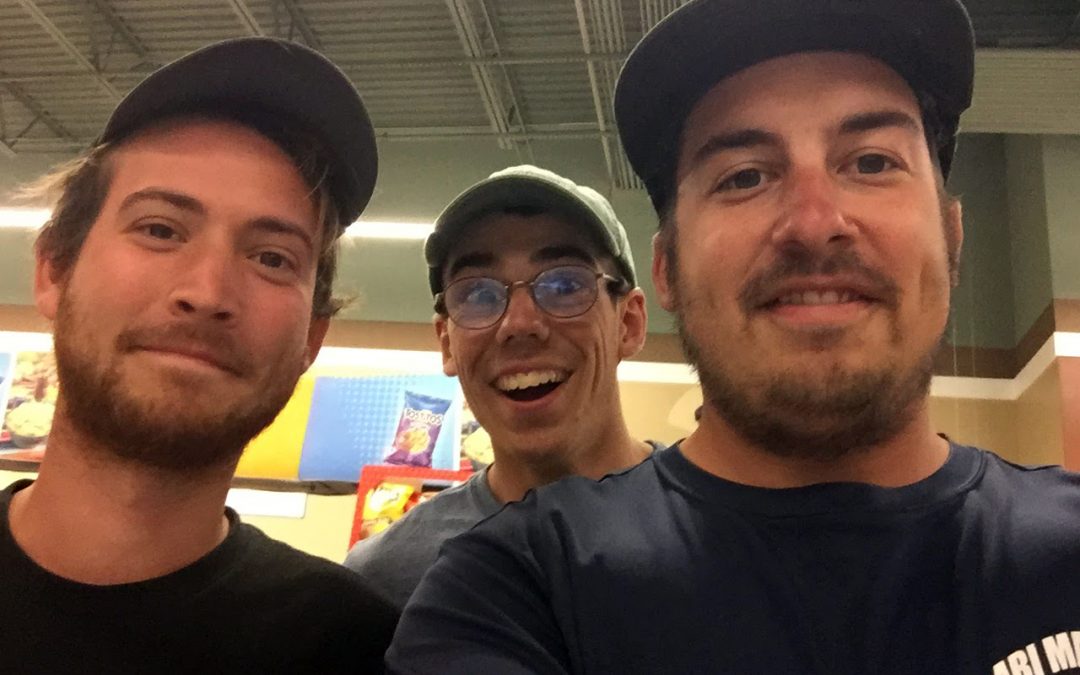 Is mentorship important? Brandon Caron, Kaleb Robinson and Elliott Spear all say yes. Of course, they say yes. They are part of a developing “mentor chain” with Trekkers, an experiential education and mentoring program for young people based in midcoast Maine. Mentor chains are a kind of “unicorn” in the youth development world, in which an alumnus or alumna becomes a mentor to a student who then graduates and becomes a mentor to a student, passing along the connection for each graduating class. Eventually, it forms a chain of committed volunteers who return to give back what they feel they received and serve as an example of the transformative power of mentorship.

None of this was planned. Trekkers Program Director Brandon Caron says, “I didn’t decide to be a mentor. I can’t decide that. That’s up to the other half of the relationship. I only chose to volunteer on trips. I just showed up consistently. When the other half relates to what you’re saying or how you’re living and chooses to learn from you is when you become a mentor.” Mentorship that happens organically is a choice made by both parties – it’s not a mandate or an expectation. Trekkers is finding, commitment tends to follow that kind of choice. 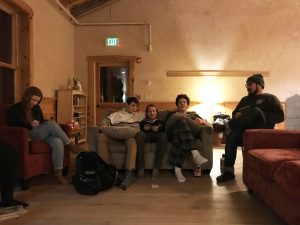 That said, choosing to befriend an adult isn’t always on the top of a young person’s list. Robinson, a long-time volunteer, former mentee of Caron’s, and the newest Program Manager at Trekkers, knows it’s not easy to earn the trust of a young person. “Young people are skeptical about why an adult may show any interest in their lives. Being consistent [is important] despite a student’s best efforts to throw you off.”

Steadfast consistency can prove a mentor is worthy of trust. According to Robinson, it can enable the mentor to be “a touchstone for someone during critical moments” and there to see real transformation. “Brandon’s been one of the only emotionally intelligent male role models [I know]. He’s helped me be more thoughtful, be open about emotions without feeling ashamed of them, and helped me convey my feelings in a healthy way.”

In his own life, Caron most appreciated mentors who accepted him but also challenged him. He valued people who “ensure you’re making decisions with integrity, staying true to your core instead of opting for the path of least resistance,” which helped him as a teen and for years after that. He says, “Without a mentor, I would have settled for less than I actually wanted, not fully processed emotions, and instead kept them pent up. I’d likely be living a shell of the life I’m living today.” 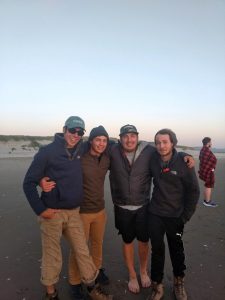 Relationships that pull you in and push you forward lasts, and creates what Spear, the third link of the chain calls “untouchable.” He says “mentorship is one of the things I most valued from Trekkers. I looked up to my leaders like I look up to my brothers. The mentor chain is an awesome experience. You learn from leaders and work with people you already have a connection with, which makes it better for you and for the students.”

All three are committed to seeing mentor chains continue. Robinson admits staying committed isn’t easy and was hard to swing as a college student. However, he’s been present all of Spear’s trips from 8th to 12th grade and all three – Caron, Robinson and Spear – are leaders with the 12th grade cohort, Team Beacon.

Caron himself is hopeful about what’s ahead. “This chain is already set to continue. And it’s not the only one. This summer, Spear and student leaders from Team Beacon are planning on leading together on an 8th grade expedition at some point this year. It makes my heart warm.”