Generosity Through the Roof – Horch Donates Roof to Trekkers 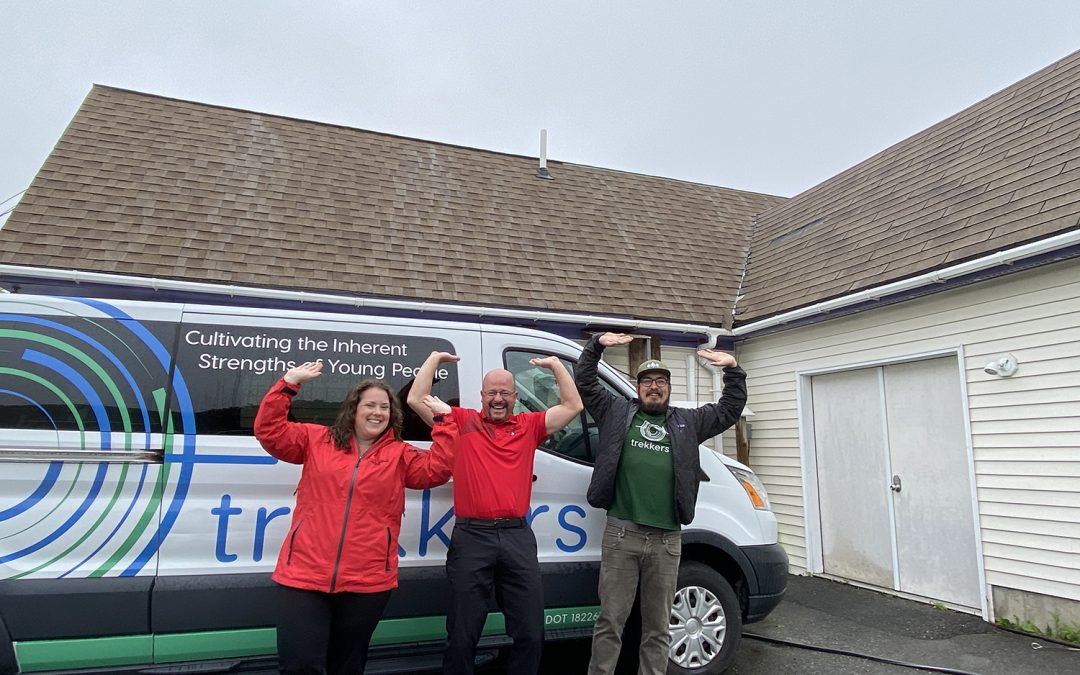 ROCKLAND – On the morning of June 16, Peter Horch and Kellie Russomano of Horch Roofing pull into the building that youth mentoring nonprofit, Trekkers purchased in January. The building was in need of a new roof, which days later, would be completely installed. Peter and Kellie were there to meet Brandon Caron, Trekkers Program Director, and Teresa Valdepeñas, Trekkers Communications and Impact Manager, for the celebration photo.

Once in the building, the four examined a giant map of the United States hanging on the wall and filled with over a hundred pins designating where students had been. “The Pacific Northwest is pretty popular. Oh, (pointing to Houston, Texas) that was from when students went down to help after Hurricane Harvey,” Caron showed. Horch also had gone down South to help with disaster relief. The two recalled memories of what it was like to be there and help out, before grouping together and posing for a photo. 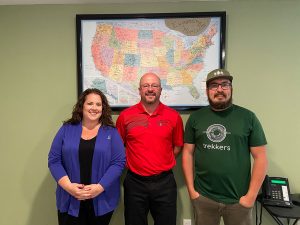 Pictured Left to right: Russomano, Horch, and Caron standing in front of the “Expanding Horizons” map which plots all the places Trekkers has been.

Afterwards, Horch and Russomano stayed to talk about how the roof donation came to be. Horch mentioned how for years, they’ve tended to stay away from donating roofs. But this year, that tendency was overridden. Each year, the staff votes on cause areas they care about (like children’s issues, hunger, or housing). When a request comes in, like Trekkers’ request for a roof, a smaller committee (the Responsible Giving Committee) carefully reviews, estimates, and ultimately decides whether or not to move forward with a request, once it’s determined within budget and alignment with giving goals.

Russomano, like a few other staff members at Horch Roofing, is a Trekkers family. She proudly introduced herself as pro Team Krakatoa and Team Crux, with both a son and daughter in the program. There are also a few other Horch Roofing employees who are Trekkers alumni. Horch Roofing Marketing Coordinator, Alexi Frey added “employees who were/are a part of Trekkers are a very vocal group and we support Trekkers based in a large part on their wishes.” Russomano’s role was in making sure her voice was heard. She said, “my part was [saying] how important Trekkers is to my family. I have two kids in Trekkers, and it’s given my kids some really great experiences. I wanted to make sure Horch knew it was important to me, and they listened.”

Scene from the day: Horch Roofing vehicle is parked in front of the Trekkers building on the day of roofing.

“This 30-year roof comes after just celebrating our 25th anniversary,” says Executive Director of Trekkers, Amie Hutchison, “and is an incredible investment in the young people here. It means so much that it was driven by Trekkers families for Trekkers families. We are all so grateful to be able to say that Trekkers is possible because of the generosity of those who give back – it’s true. That’s pretty special.”